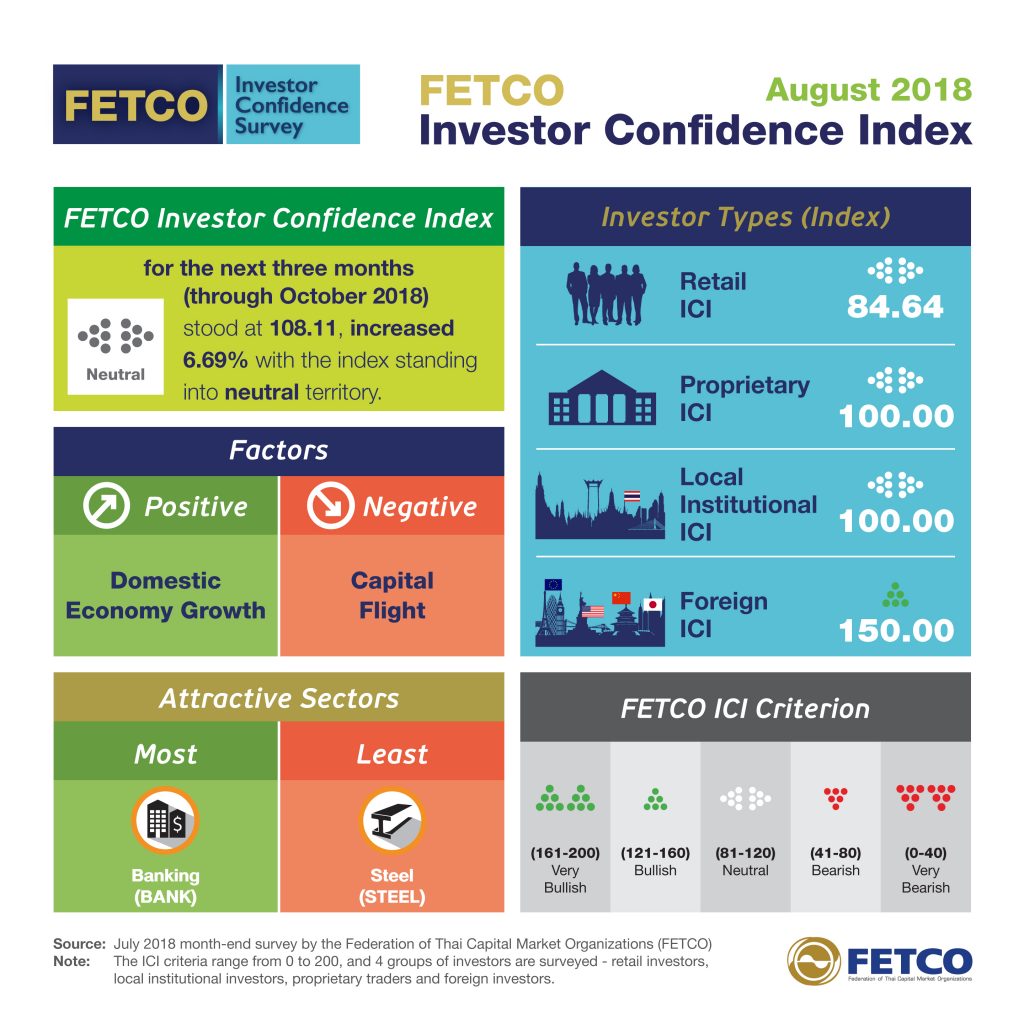 Results of the FETCO Investor Confidence Index for August 2018 are summarized below:

“During July, the SET index trended higher in the first half of the month, and midmonth the index continued to increase, rising from a low of 1601.42 at the beginning of the month to a peak of 1701 points at the end of the month.  This upswing was driven by the decrease in foreign net sales during July, confidence that Thai economic growth would continue, and projected GDP growth of 4–5% in line with government stimulus measures.  For investment trends over the next three months, investor confidence is buoyed by Thai economic growth, expected declines in foreign investors’ net sales, and listed companies’ earnings.  Nevertheless, investors are still concerned about international capital flows resulting from trade barriers and trade wars, which pose significant risks to the global economy. Meanwhile, inflation rates and interest rate policies are risk factors that investors are monitoring the most closely.  With regard to regional economies, the main issue to consider is the global economic outlook.   Although the IMF has estimated that the global economy will continue to grow at 3.9%, there are concerns that trade wars could affect global economic growth in 2020.  Other factors include the UK BREXIT negotiations, which appear headed toward compromise; the European Central Bank’s signaling that the current interest rate will be maintained throughout this year; and Japan’s monetary policy may be subject to change.  At the same time, the likely impact of trade wars on the Chinese economy must be considered, including China’s easing of monetary and fiscal policies and the depreciation of the yuan, all of which can have an impact on regional economies.”