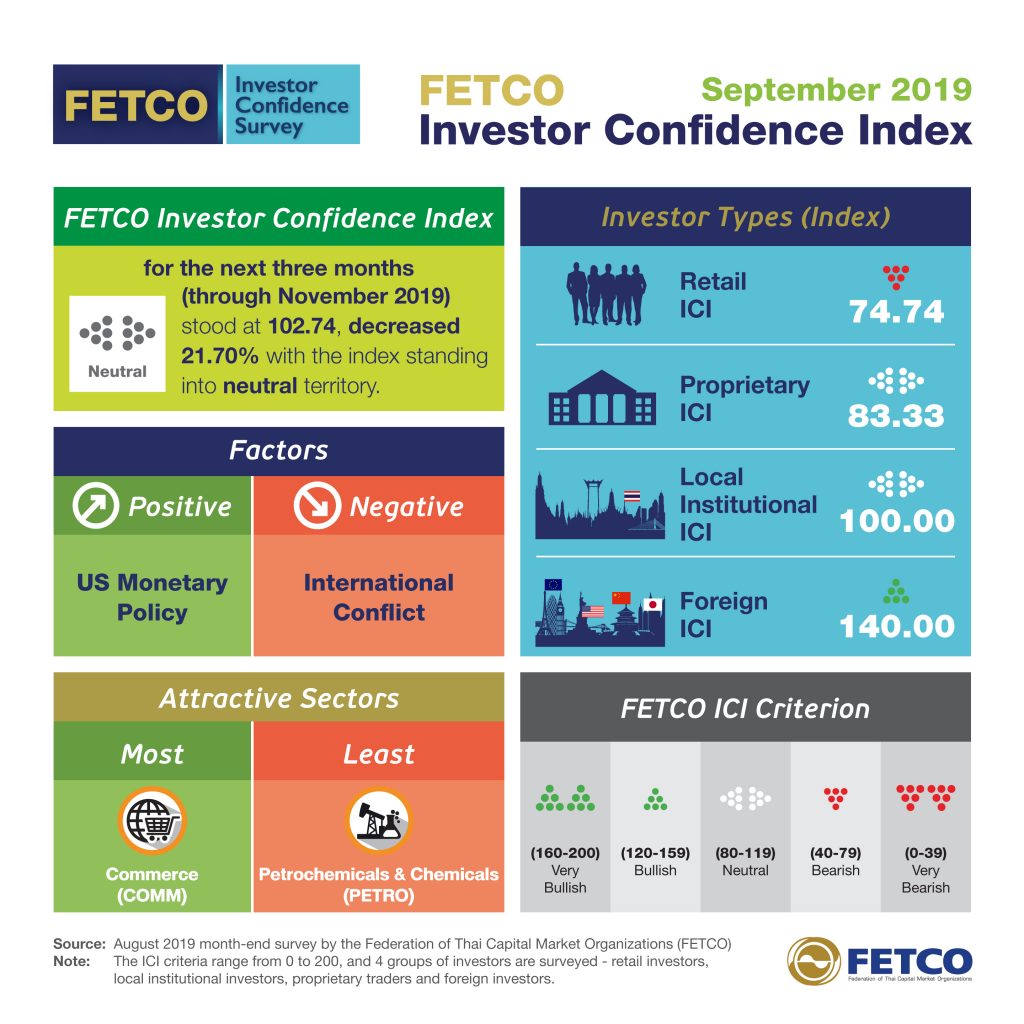 “During August, the Stock Exchange of Thailand (SET) Index dropped rather significantly.  The highest level of 1700 points—reached at the beginning of the month—was followed by downward movement along with decreasing volatility before hitting a low of 1590 at the middle of the month, after which the SET Index recovered and gradually increased to 1640–1650 points by the end of the month.  Investment trends for the next three months show the factor bolstering investor confidence the most is US monetary policy and the expectation of further policy rate cuts in 2019 and 2020.  Other positive factors affecting investors include anticipation of government policies and the gradual implementation of stimulus measures as well as domestic economic conditions with the announcement of better-than-expected export numbers.  However, investor confidence continues to be dampened by concerns over the escalating international trade conflict between the United States and China and the resultant retaliatory tariffs imposed by each side.  Other factors keeping investors wary include apprehension about listed company earnings and the global economic slowdown’s impact on the domestic economy.  International economic factors that investors are closely monitoring include:  US Federal Reserve monetary policy; ECB banks and the likelihood of relaxed financial measures including quantitative easing (QE) due to the global economic slowdown; the direction of US-China trade negotiations; and BREXIT with its October 31st, 2019 deadline.