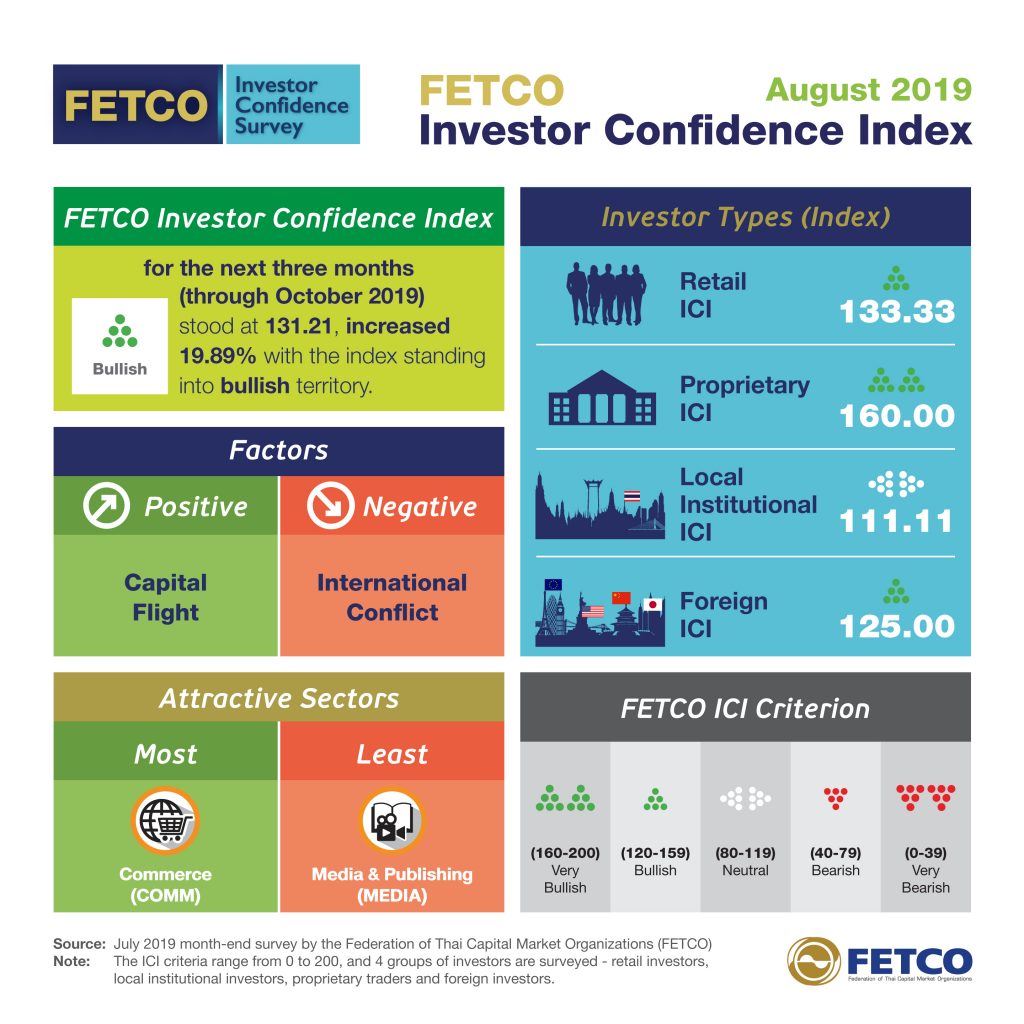 During July, the Stock Exchange of Thailand (SET) Index moved sideways throughout the month within the range of 1706–1748 points after hitting its highest level at the beginning of the month.  The general downward trend was interspersed with periods of dormancy as the index reached its lowest level of 1706 points near the end of the month. Investment trends for the next three months show the factor bolstering investor confidence the most were capital movements from foreign investors, who were net buyers in the stock market.  Secondary factors buoying confidence included US monetary policy as the FED signalled an interest rate cut in the second half of 2019 and the anticipation of government policies after the new government’s policy statement to Parliament.  Meanwhile, investor confidence continued to be negatively impacted by international conflicts, although the trade negotiations between the United States and China became more relaxed.  Similarly, concerns about the performance of listed companies due to the slowing global economy, decreased exports, and the appreciation of the baht kept investors wary.  International economic factors that investors are closely monitoring include:  how the global economic slowdown will affect monetary policies in developed countries; progress of US–China trade negotiations; US import tariffs on automobiles which will impact Europe and Japan; BREXIT negotiations after the appointment of the new British prime minister, who has announced the UK will withdraw from the EU on October 31, 2019 whether or not an agreement is reached; signs of additional monetary policy easing from the EU as inflation falls below the 2% target; the direction of China’s economic stimulus policy after GDP figures of 6.2% for Q2 2019 were the lowest in 30 years;  and geopolitical conflicts in the Middle East.