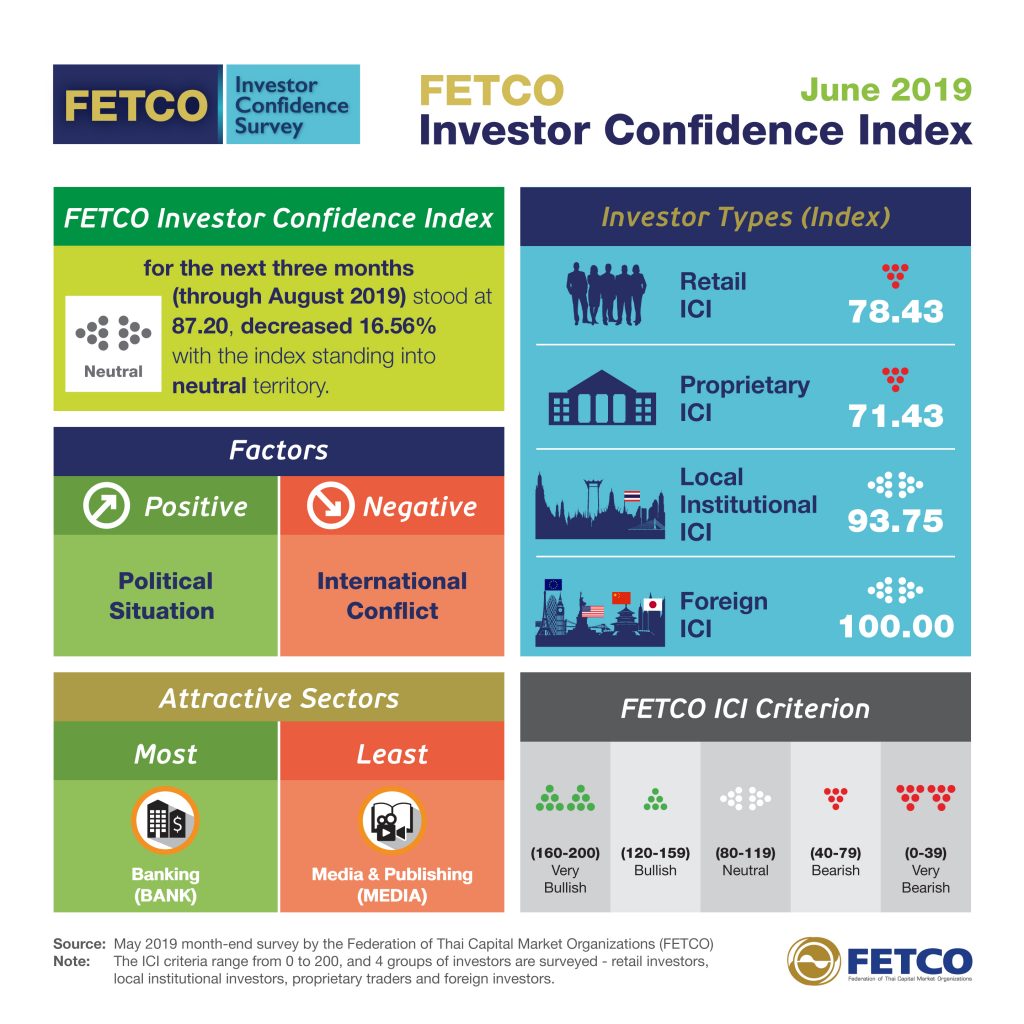 Investment trends for the next three months show foreign factors continue to be the primary drag on investor confidence due to concerns over the protracted trade war between the United States and China and its likely expansion into the technology sector.  In addition, investors have domestic concerns about the establishment of a new government which may delay consideration of the 2020 government budget.  However, some investors see the political situation and the continuation of government policies after the election as the primary factors bolstering investor confidence, followed by international capital transfers.  Global economic factors that warrant continued monitoring include:  Progress in US-China trade disputes and China’s economic policies to deal with the trade and technology wars; the direction of US interest rates; risks associated with and direction of BREXIT after the resignation of British Prime Minister Theresa May; changes to EU policy after the European Parliament elections; and policies of the new Thai government in stimulating the domestic economy and exports amid the global economic slowdown.